Home Building Types of Footing in Building Construction | What is footing 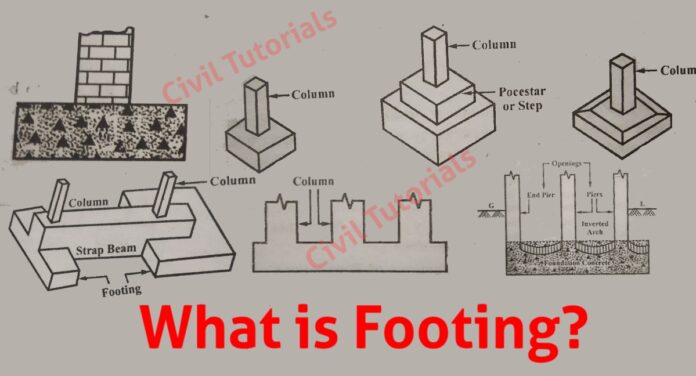 What is footing | Types of footing

It is the structure which is below the ground level. The part of the building which transmit different types of load to soil. There are various types of footing

What is Wall footing?

Wall footing can be two types-

Simple footing is used for carrying light loads and this footing has a single projection.

But stepped footing is opposite from simple footing, it carries heavy loads and has multiple projections.

What is Isolated footing or column footing?

Isolated footing use for an individual column that can be rectangular or circular. These footings can be stepped type or have projections in the base of footing. If the column is heavy loaded then steel reinforcement provided in both directions of the concrete bed.

Isolated footing can be 3 types

In the simple spread footing have not any steps, it has a simple bed of concrete with reinforcement.

What is Combined Footing?

What is Strap footing or cantilever footing?

What is Continuous footing?

Continuous footing has a rcc slab for all columns. And it’s slab makes for two and more footings. In this footing loads pass through the rcc slab.

What is Inverted Arch Footing? 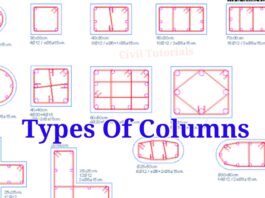 What is Columns | Types of Columns 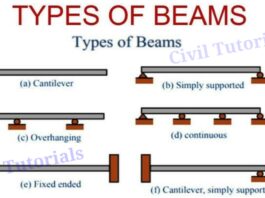 What is beam | Types of beams | Application, Definition of... 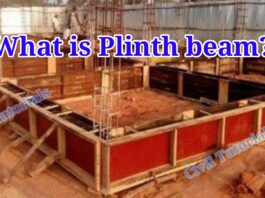